Tasting River Water as Soups
In this project, soups are cooked with the river water in the city by some people who live near by the river. In the urban city, many kinds of people who have different background live together. They each cook familiar soups of their own cultures, like miso soup for Japanese people using river water. Then, the soups were shared with the people. People can reject to have the soup, of course. In this project, the soups appear as identities of each culture. Through sitting around a table and sharing the soups made from dirty river water, the project proposes to share the cultures and the issues at the same time. And this project shows how difficult to share something in reality of diversity society.  All rivers are connected to the ocean. We share the ocean with all creatures on earth. The human life, various cultures, histories and also battles began in waterside, and our ancestors lived in a simple way of life when people didn’t have any borders of countries.

In Sydney, Australia, the six cooks who have different background made six kinds soups at Sydney National Park.

The six  performers as cooks

-Chantal Mahoney (French-Australian) : Garbure, a traditional recipe from the south west of France 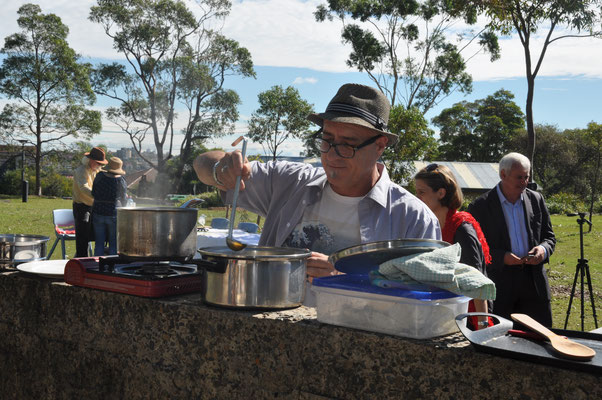 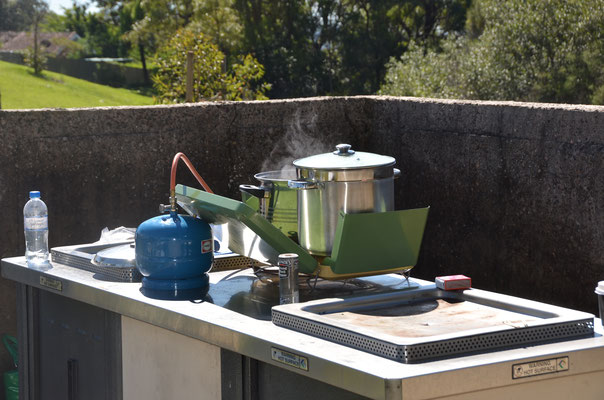 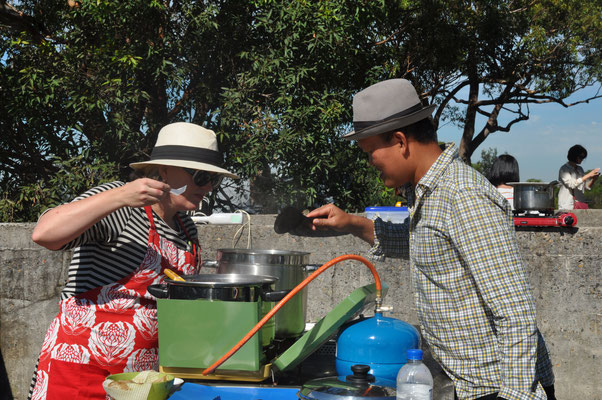 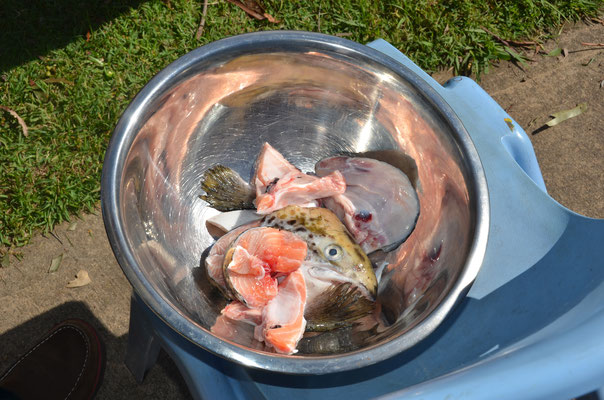 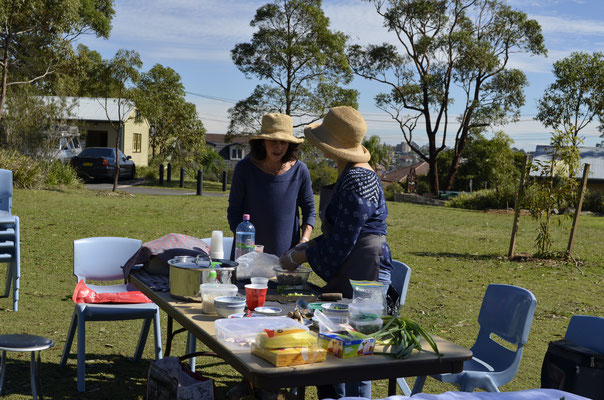 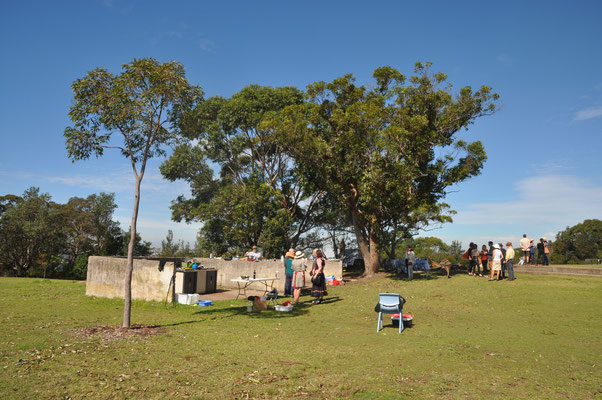 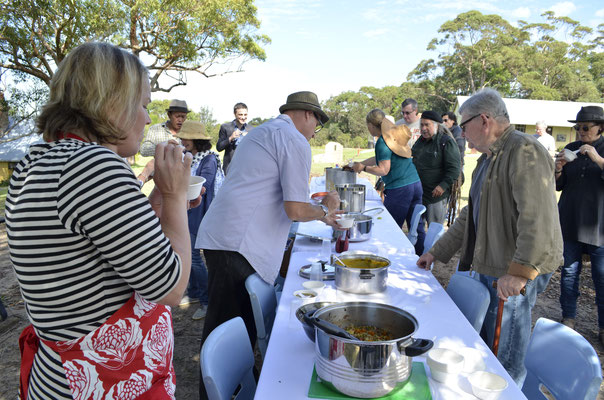 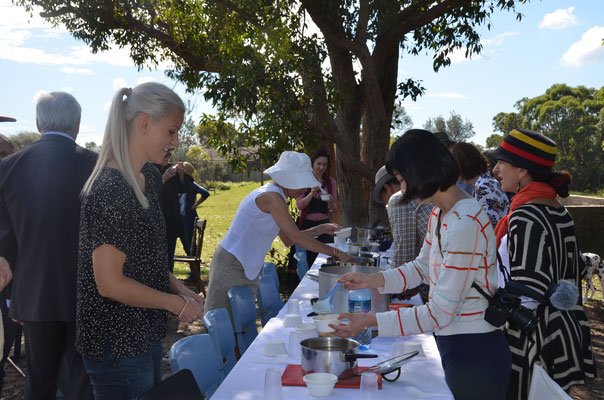 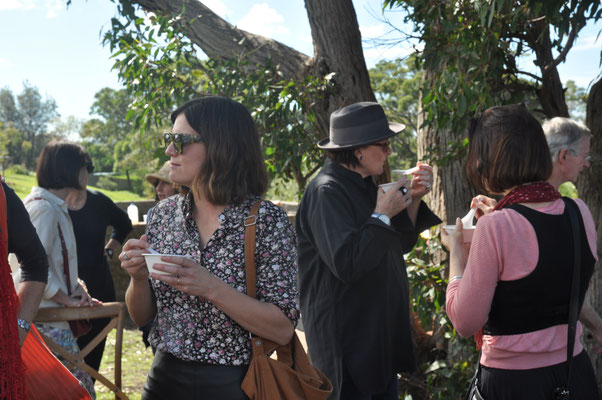 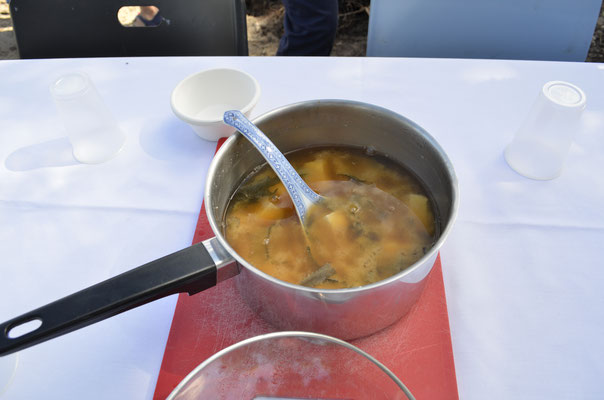 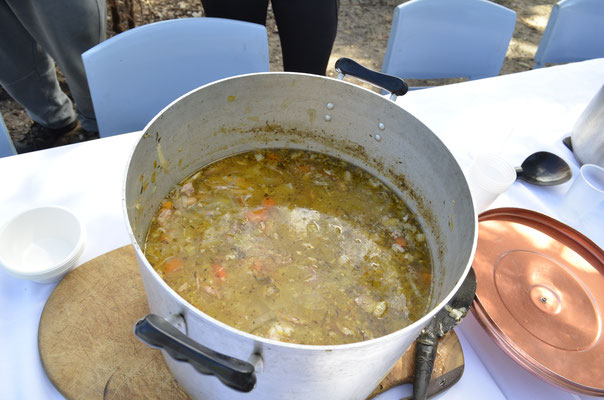 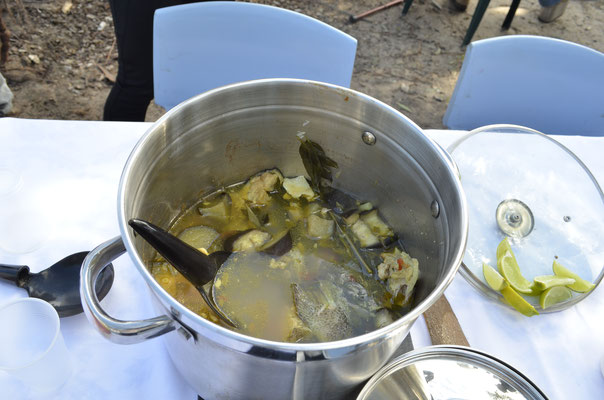 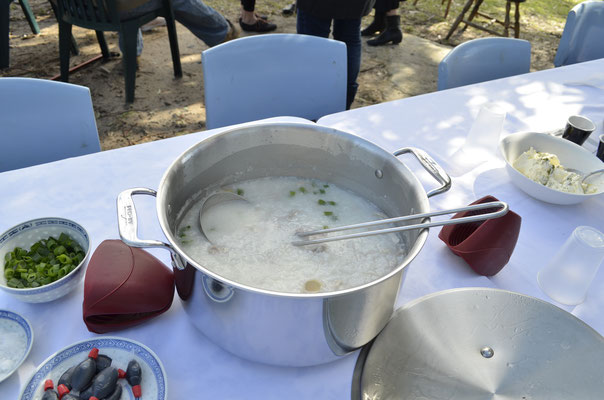 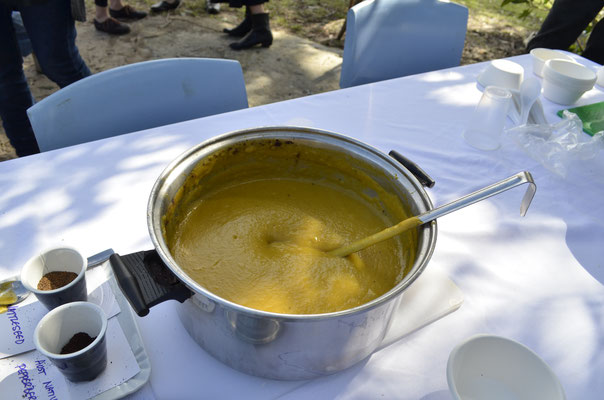 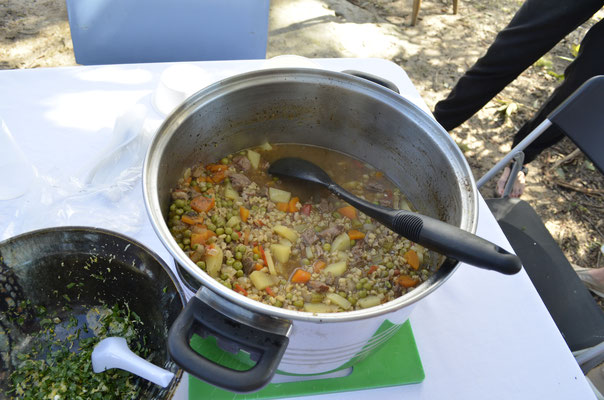